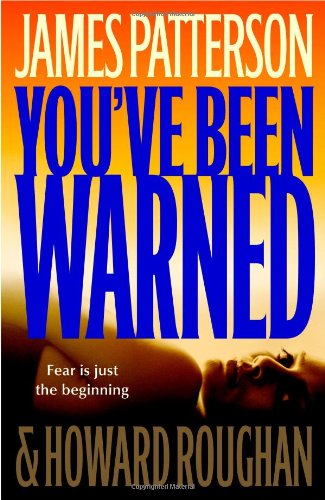 A favorite author puts out another unfavorite book.

I’m not sure when it happened, but at some point in Mr. Patterson’s writing career, he chose to begin a book-making factory, spitting out publication after publication. I wanted to give him another chance after being sorely disappointed with the last one I read before this book came out, Beach Road. Nope. Double #FAIL.

Kristen is a nanny who is also a photographer and odd things happen to her. She sees things that aren’t there, hears music that isn’t playing, dreams about murder at a hotel, and she has an affair with a married man as a side gig. She’s at a nightclub when a stranger sidles up to her, tells her to be careful, and ends with “You’ve been warned.” None of these events have an actual resolution that I’m aware of because the book ended so abruptly with easy explanations. Maybe I fell asleep and imagined I finished the book.

There’s no suspense to this book, no wondering what will happen next, a gimmick. It pains me to even write this review. I told my fellow bloggers here that I rarely write negative book reviews because if I dislike a book enough, I won’t bother finishing it. Because this was James Patterson, author of so many wonderful books, I powered through it. Kinda wish I hadn’t. The Women’s Murder Club is a fantastic series. Pick those up if you want to see what Mr. Patterson is really capable of.