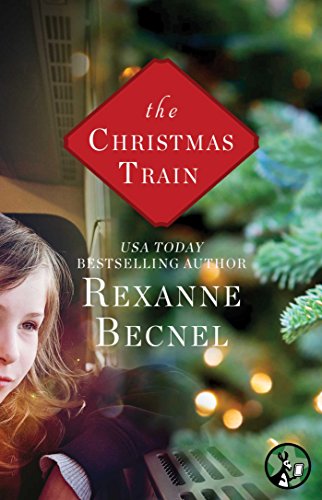 Who’s a sucker for Christmas stories with a happy ending? Yep, you guessed it! That would be me 🙂  I’ve got another Christmas story you must add to your TBR!

Ten-year-old Anna Spano’s mother is sending her to her father … A father she’s never met. At the train station Anna’s mother asks Eva Stephens to ride with Anna as children are not allowed to travel alone. Miss Eva is an older woman who occasionally thinks she’s traveling to her home village in pre–World War II for the holidays. Anna’s father, Tom Thurston is anxious to see his daughter but doesn’t know what to expect. So he’s shocked when a teary old woman embraces him at the train station, convinced that he is her long-lost brother. At Anna’s insistence, Tom reluctantly agrees to bring the woman home with them and try to locate her family.

The Christmas Train is a heartwarming story of a child who feels unloved by her mother and alone in the world after her grandmother dies. However, Anna finds the love of her father at the end of her journey. Together they learn the true meaning of family and love. The story is very nicely written and although it’s less than 150 pages, did not feel rushed. Grab a cup of hot cocoa and curl up for an afternoon and enjoy this wonderful Christmas story. Have a box of tissues handy too, you’re going to need them.