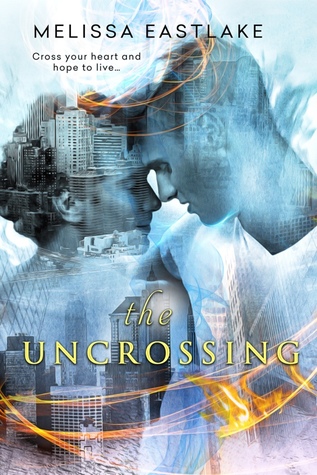 This is a surprising debut from Melissa Eastlake. Heavy on the paranormal elements with dashes of fairy tales and quite a lot of sarcasm and humor thrown in, this m/m book was one that I really enjoyed from beginning to end.

One of the reasons I found this debut surprising is the world-building. Paranormal books have a rather large task ahead of them in the worlds they have to establish for their audiences to be able to get comfortable with the characters, relationships, and even the rules the society is working within. Eastlake did not shy away from this task and set the parameters pretty early on with the family of the Kovrovs and setting up how feared and admired they are. Jeremy comes from this family and is rather…odd. Not that anyone can put a finger on what is odd about him. Luke comes from a magical family that works for the Kovrovs. Luke’s magical ability is to *uncross* people – as in he removes hexes essentially. There were a few bumps establishing this world – it’s complex and messy, so the readers can feel a bit lost at times, but the world that is established is rich and one that I really loved once I got a better feel for it.

You should say you’re crossed, not cursed. Curse makes it sound hopeless.

Jeremy and Luke were really cute together. Jeremy came across as pretty immature at times, but it works within the story, because of reasons I don’t want to give away. They both have amazing families they interact with and those interactions are what really make this book shine. Jeremy’s family dynamics are complex, consisting largely of his Uncle’s. It cracked me up to see how Alexei and Sergei both protected Jeremy but also treated him almost like a little brother.

Maybe in hoodoo you get crossed. But in Mother Russia, curse gets you.

This book has something for everyone. Magic. Turf war. Fairy Tale. Love. Action. Drama. Definitely recommend it!

One thought on “Book Review: The Uncrossing by Melissa Eastlake”