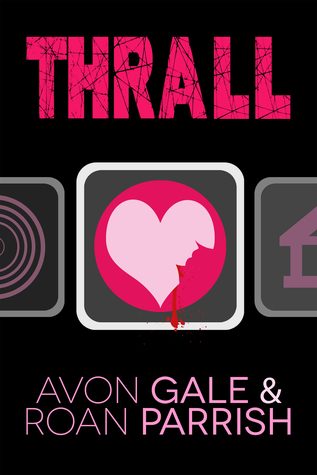 Thrall is “a modern queer retelling of Dracula, where romance meets thriller meets gothic.” The story is told in a modern-day version of an epistolary novel with journal entries, IMs, twitter feeds, chat logs and more. I, personally, loved this and really enjoyed that the narrative format never varied from that. On top of the narrative style, there is also both f/f and m/m pairings to follow – which I was a fan of as well.

I can’t believe we finished a whole season of Shadowcast. Lucy and I have sure come pretty far from lurking in the occult book store on Magazine and trawling LiveJournal looking for everything on true crime we could find. Ha, take that, everyone who thought I was a total morbid creep! Well, okay, I am morbid but not a creep. Besides, what does it mean to be morbid except to be fascinated by the things that are kept hidden and are excised from “polite” conversation. The guarantee of death is the singular thing every human shares—how odd that it should be the thing we’re glared at for mentioning.

Things with Luce have been great lately. I think in some ways the podcast has given her a thing to focus all her excess energy on, and that focus has brought us closer together. There are still moments when I see my life as it would have been if I’d never confessed my feelings for her. It horrifies me to imagine that life. I’ll never let myself forget that I was scared and shaking with the threat of losing my best friend, but that if I hadn’t taken a risk, I would still be trapped in that purgatory of longing that made every moment I spent with Lucy a bittersweet agony.

I’ve been thinking of asking L if she’s ready to move in together yet. I’ve been wary of being the one to broach all new levels of our relationship, but knowing Lucy if I wait for her to do it then one day she’ll rush up and grab me and say we should move to a castle in the south of France or the mountains of Romania. Which…wouldn’t be the worst thing… 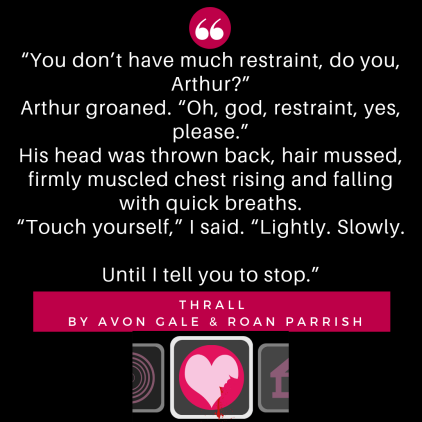 Enter the giveaway: win 1 of 3 e-copies of any back catalog book by Avon Gale or Roan Parrish BELOW!

Avon Gale was once the mayor on Foursquare of Jazzercise and Lollicup, which should tell you all you need to know about her as a person. She likes road trips, rock concerts, drinking Kentucky bourbon, JRPGs and yelling at hockey. She’s a displaced southerner living in a liberal midwestern college town, and she never gets tired of people and their stories — either real or the ones she makes up in her head.

Roan Parrish lives in Philadelphia, where she is gradually attempting to write love stories in every genre.

When not writing, she can usually be found cutting her friends’ hair, meandering through whatever city she’s in while listening to torch songs and melodic death metal, or cooking overly elaborate meals. She loves bonfires, winter beaches, minor chord harmonies, and self-tattooing. One time she may or may not have baked a six-layer chocolate cake and then thrown it out the window in a fit of pique.