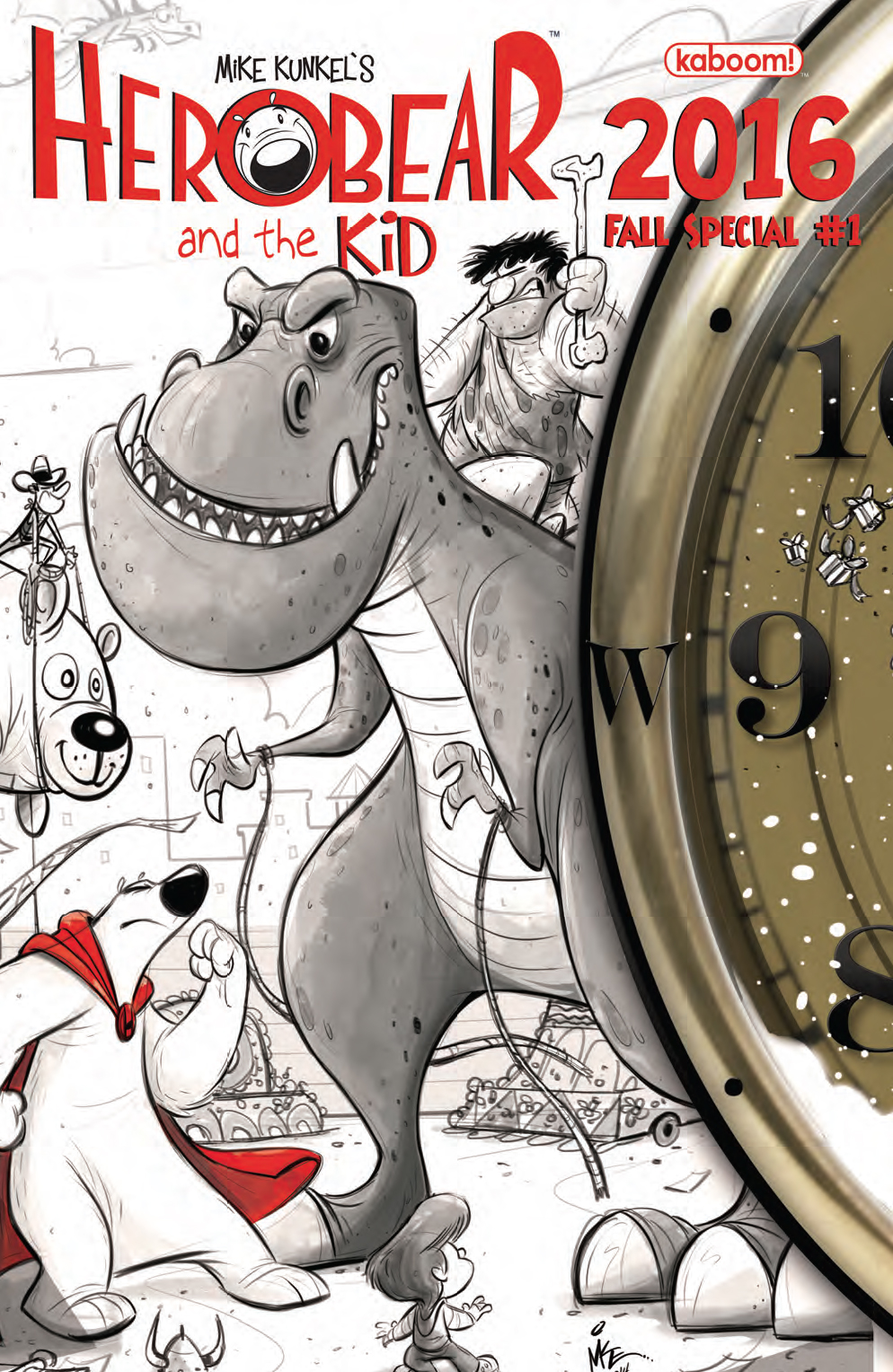 I want to start off by making a few things clear. First off, I am officially obsessed with Mike Kunkel’s Hero Bear and the Kid, and have been for years. Secondly, I think you should be obsessed too–it’s one of the best all-ages comics there is.

And third, yes, I know it’s not Sunday but I hope you’ll forgive me that one 🙂

In the winter of 1999 I was working in the mall, in a store that sold comic books and video games, and one wonderful Wednesday I opened our Diamond shipment to find the first issue of Herobear and the Kid.

Not knowing what it was, but intrigued by the cover and the adorable art style, I had to read the book immediately. Little did I know that Herobear would become an integral part of my life, becoming a family tradition of sorts.

In the first book we meet Tyler, a young boy who’s grandfather has recently passed away. As part of Tyler’s inheritance he receives a small stuffed polar bear and a broken pocket watch–needless to say Tyler was disappointed. 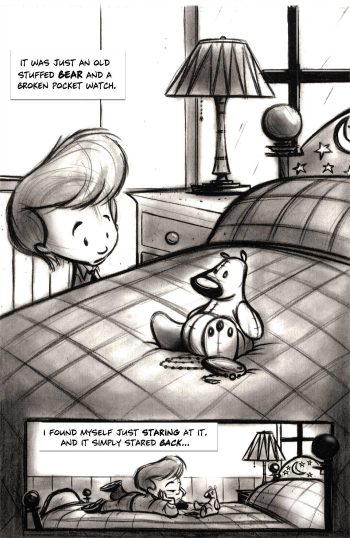 Later that night, Tyler finds out that things are not exactly what they seem. The watch turns out to be the key to unlocking an amazing adventure in which his little bear becomes alive! And even better, he’s a super hero!

Herobear and the Kid is a story written in the spirt of so many great children’s tales like Winnie the Pooh and Calvin and Hobbes reinforcing the idea that all you need to have a great adventure is a little bit of imagination, love, and a trusty stuffed animal. Perfect for kids of all ages and anyone who is young at heart, I’d give it a 100 stars if I could. If you haven’t read Herobear and the Kid, I recommend starting with the first graphic novel, The Inheritance. If you’re already a fan, check out this week’s new release the 2016 Fall Special (the first new Herobear comic in years) at your local comic book store.  Yes, you read that right. Fans of this series have been waiting quite a while for a new issue but trust me it’s worth the wait.

If you’d like to learn more about Herobear and the Kid or Mike Kunkel’s other work, check out The Astonish Factory.

Title: Herobear and the Kid