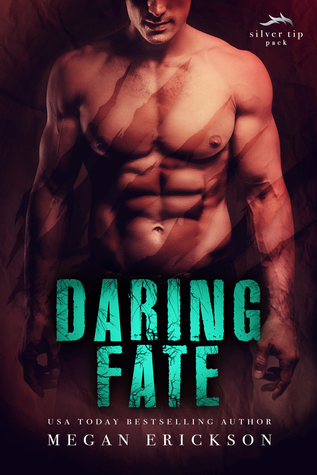 Megan Erickson writes a little bit of everything – her New Adult Bowler University series is great, her m/m Trust the Focus series is one of the most recommended ones I hear about, and her co-authored Strong Signal is among my favorites of the last year. And then she had to go and announce that she was writing in a whole new genre – paranormal *and* m/m. Two of my favorite genres combined, I had no doubts that she would be able to do it well since she seems to be able to cross over the different genres pretty easily.

I’ve read almost everything she’s written and as far as I know this is Megan’s first foray into the paranormal area and after reading it it’s so surprising to know that! The paranormal genre is all about world building, there pretty much is no way to get around that because we have to get invested into a whole new world with new rules quickly. I’ve read some not-so-great ones before and those usually consist of an author almost listing the rules of the universe which can be pretty boring to read. What’s tricky is making sure to build this world in a natural way that doesn’t seem preachy or boring. But Daring Fate pulls off this feat pretty effortlessly. This book had to do this in particular because this world involves werewolves but also Weres and Noweres – which took me more than a second for me to grasp. Luckily Erickson did such a good job with the world building that by the second chapter I wasn’t thinking about that twice at all. Plus – as a bonus, during the world building set up parts I was really enthralled with it all.

Part of this world includes fated mates Reese and Dare. At the beginning I was thinking umm, I’m not sure if Dare is what I’m looking for because he was majorly an alpha-hole. But he is an actual Alpha of the pack so that’s to be expected to an extent! As the book went on though he definitely exposed his layers to his personality which made me like him more and made me like the whole book even more. And actually both characters were like that – Reese was a little flat at the beginning as well, but that’s the whole point of books, that as you read you get to discover more and more.

I loved this book. If you have read this author before and are hesitant about paranormal books – you will love this. If you’ve read paranormal books but haven’t read this author before try this book! I don’t want to get into too many details because a lot is spoiler-y but when I finished I immediately wanted book 2. But this is decidedly HEA – I just want more in this world right now!