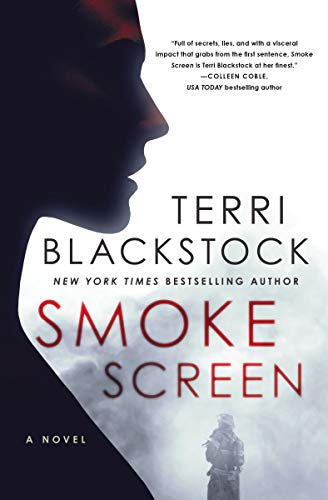 I didn’t find Smoke Screen as intense as some of Blackstock’s previous works.

Nate Beckett has spent his life fighting wildfires instead of the lies and rumors that drove him from his Colorado hometown. Brenna Strickland is barely holding on as she fights a brutal custody battle with her ex and his new wife. Fourteen years ago, Nate and Brenna were in love. Will they find their way back to each other as they each fight their battles?

Smoke Screen read like an abridged version of an audiobook. Things are told and solved so quickly that I felt something was missing. It was missing a depth and full exploration of the characters. It was missing the meat. There were plenty of sides at this meal, but nothing that came completely together for this reader.

I consider all of Blackstock’s books Christian Fiction. While there are mentions every so often of the faith that Nate has and Brenna is struggling with, it is not over done and in your face.

While I’m a tad disappointed that this didn’t leave me on the edge of my seat, it was a quick enough read. Would I read it again? Probably.

I received a complimentary copy of this book. Opinions expressed in this review are completely my own.